Polar, tropical and subtropical expeditions: from Antarctica to Papua New Guinea, PONANT takes you up close and personal
with unspoilt nature and ancient cultures, far from the beaten track taken by cruises.
With almost 20 years of experience in extreme regions, PONANT is a true Polar Specialist.


Choosing a PONANT “Expedition” cruise means choosing a state of mind: a blend of luxury, exploration and great comfort, adventure and refinement... even in the heart of the most remote regions. PONANT Expedition Cruises not only give you the chance to travel on board a , but also to enjoy top-quality services and go on a voyage of discovery to far-flung corners of the earth, accompanied by experts on the regions visited.

Make your dream come true in Antarctica, go in search of Inuits, dive into the crystal-clear waters of the Seychelles, observe the diverse fauna and explore the dense jungle of Central America… The size of our boats makes it possible to get to hard-to-reach areas, giving you the chance to discover hidden spots.


Discover our destinations all around the world

Made up of captivating and enthusiastic expedition leaders and naturalist guides, the PONANT expedition teams will unlock the doors to pristine natural spots. During the outings on Zodiac® boats and on-board talks, the team will give you the key to discover flora and fauna, understand the traditions and ways of life of locals and get up close and personal with these remote regions.

From the coniferous forests of the North to the glaciers of Antarctica, from the banks of the Amazon River to the idyllic beaches of New Caledonia, from the ancient traditions of the Inuits to the millennium-old cultures of Vanuatu, discover remote corners of the earth and ways of life on board a modern, luxurious ship.

An expedition with PONANT guarantees the best conditions of day to day comfort for you in some of the most remote places on the planet. The comfort of your ship and your cabin, personalised and attentive service, refined gastronomy... the unique atmosphere which we go to great lengths to preserve in order to stay true to our philosophy, creating that privileged feeling of being aboard one’s own private yacht. In the heart of the ice or the distant archipelagos of Oceania, our luxury amenities will make your expedition voyage an unforgettable experience.

... in the heart of extreme lands

Whether in the Polar Regions or along the Amazon river, the size of our ships and their shallow draught mean you can arrive as close as possible to these hard-to-access areas. This proximity o ers the privileged discovery of preserved sites. Our expedition teams are always on the lookout for the unexpected and the surprises inherent to these itineraries, and our flexibility enables us to adapt to these. A genuine philosophy of exploration travel.

During Expedition voyages, our fleet of Zodiac® make landing ashore in remote, seldom visited destinations safe and enjoyable, and enable guests to get as close as possible to ice, coral reefs, waterfalls and fauna. Our Zodiac® are designed to accommodate small groups of 10 passengers. They are easy to step on to from the marina platform at the rear of your ship. Our inclusive Zodiac® and shore excursions are unforgettable experiences, whether you are landing on a deserted beach in the Maluku islands of Indonesia, interacting with remote tribes of Papua New Guinea, or discovering the splendour of Antarctic glaciers.

Specialists of extreme regions, these passionate and fascinating professionals will bring cultural, environmental and historical dimensions to all your outings and will be sure to keep you informed about nearby flora and fauna, local cultures and natural phenomena. As recognised professionals, a er scouting missions in the field, they organise safe outings and shore visits, taking advantage of the opportunities that arise during any expedition. Aboard the ship the pleasure continues, with a series of cultural, scientific or historical presentations.

To make sure you have a safe trip, all our captains and crew are trained on glacier navigation.

Once aboard, enjoy the adventure in total peace of mind. Everything is included: Zodiac® outings and shore visits, excursions, lectures, parkas and boot hire for polar expeditions.
During some cruises and ports of calls, optional paying excursions are offered to visit sites that can be reached only with a local infrastructure.

Visit Papua New Guinea, explore the Kimberley, discover forgotten islands in the Indian Ocean, immerse yourself in glaciers in Antarctica, or go on an adventure in Spitsbergen, to name but a few options. Whether you’re attracted to the tropics or the polar expanses, thanks to our expertise in luxury expedition cruises, you will be in for an unparalleled change of scenery in some of the world’s most isolated regions.

The leader in expeditions to polar regions and an expert for over 20 years in these destinations, PONANT lets you live your dream for adventure, with the professional focus and responsible approach that characterises us.

In the Antarctic, set o to discover the icy vastness, and the fauna of the White Continent: humpback whales, seals, penguins... In the Arctic regions, fjords, glaciers, icebergs of changing colours and varied fauna await you: polar bears, Arctic foxes, walruses, orcas, whales... without forgetting the special moments of interaction with Inuit people. 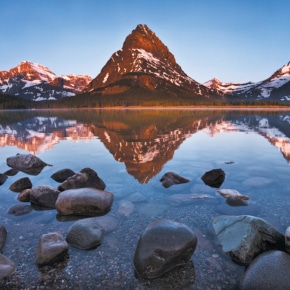 A tropical Expedition voyage is more a matter of encounters. Sailing to remote and seldom visited destinations allows you to discover the ancient customs of many tribes and ethnic groups that continue their rituals on the land of their forefathers.

Whether they are Papuan, Polynesian or Māori people, you will gain an understanding of their tradition and cultures. During visits to their villages, take time to interact with these warm and friendly people, ensuring rewarding encounters and priceless memories. Not forgetting disembarking on idyllic white sand beaches with crystal clear waters and coral gardens far from the hustle and bustle of the modern world. 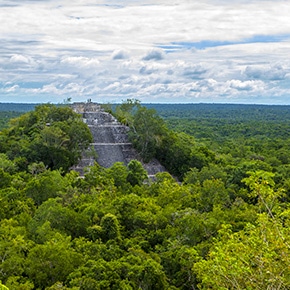 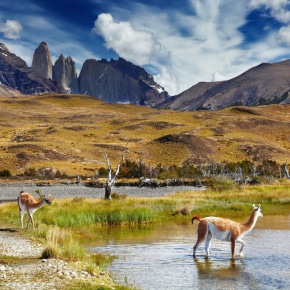 Internationally recognised for the precision and reliability of their knowledge of extreme environments our expedition leaders lead a team of experienced professionals. Scouting out destinations and making advance preparations, supervising cruise guests and communicating and interacting with them during cruises, protecting the ecosystems visited and ensuring safety guidelines and procedures are followed: our expedition team members are all about sharing their knowledge and imparting a sense of wonder and amazement.

A professional underwater photographer before becoming a naturalist guide and expedition leader, Nicolas Tolstoi has sailed all around the world's seas and oceans. Today he is responsible for training the PONANT expedition team for the polar and tropical cruises and acting as its official representative.

Meeting with Nicolas, on Escales Magazine 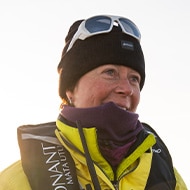 Born in the Netherlands, Florence discovered Antarctica in 2004, and she returns there every year. When she is not on board our ships, she works on sailing vessels in the Arctic and Antarctica. During the 2012/2013 season, she has been the Port Lockroy’s base head chief, an emblematic British base in Antarctica. On board PONANT ships, Florence will share with you her passion for polar regions and penguins

Meeting with Florence, on Escales Magazine 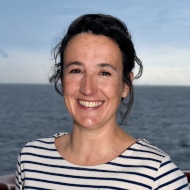 Deeply passionate about sea and travels, Delphine has been sailing all the world’s oceans for the last 20 years. Her interest for remote islands and small communities has led her to achieve various activities: biologist for the IPF (Institut Polaire Français), freelance journalist, writer and presenter of a series of TV documentaries or dog-sledding driver in Spitsbergen. On board PONANT ships, Delphine will share with you her passion for polar regions and the natural world.

Raphaël took part in his first scientific expedition in 1997 in the Siberian Arctic. Further expeditions then followed, not only to polar habitats (Greenland, Canada and Svalbard), but also to parts of the world with steppe (Kazakhstan), semi-arid (Morocco) and tropical (Peru) environments. In 2000, he became a specialist guide and expedition leader working on cruise ships travelling to the world's polar and tropical regions.

John’s wanderlust surfaced during his undergraduate studies and has since led him to live in Alaska, to work in Nepal as a Peace Corps Volunteer and to lead hundreds of expeditions. His voyages have taken him to many far-flung areas of the globe including Africa, Alaska, South America, the Canadian Arctic, Greenland, India and the South Pacific. He looks forward to sharing with you his enthusiasm for the wonders of the natural world, in particular for the White Continent.

In 2012, Mick was appointed first Ambassador of Orangutan Foundation International as a reward for his conservation work in Indonesia. He has led over 300 expeditions through the Asia-Pacific region, sharing his passion for these territories with guests. As an award-winning wildlife photographer and adventurer, Mick Fogg has spent the past 17 years leading expeditions to some of the world’s most remote and spectacular destinations, from the Sub Antarctic Islands to South East Asia. 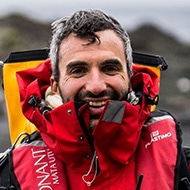 A doctor of biology, David first began travelling to the poles and the equator to explore and study underwater, underground, canopy and cliff ecosystems more than a decade ago. Initially a naturalist guide for PONANT before becoming an expedition leader, he delights in sharing his experiences and the strong emotions the natural world inspires.

Sandrine is head of operations and expedition leader for the Asia-Pacific cruises. She holds qualifications in tropical zoology, ecology, marine biology and education sciences and is passionate about wildlife conservation and protecting the environment. 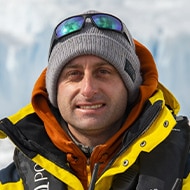 Trained in the management and protection of nature, Benjamin is a naturalist-guide and has lived in Quebec for ten years. He regularly accompanies groups of enthusiasts in the Canadian Arctic, Alaska or Svalbard. Reporter and photographer, he regularly writes articles to help people discover the wild world. Benjamin has been on board with PONANT since 2016.

Alison has degrees in both geography and political science and developed a deeper interest in the Circumpolar World and the geopolitics and peoples of the Arctic while studying in Canada. She has been sailing with PONANT as a naturalist guide since 2018. 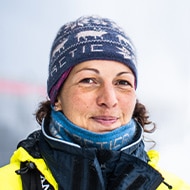 Daphné Buiron holds a doctorate in glaciology and spent 14 months at the Dumont d'Urville scientific station in Antarctica. She then decided to devote herself to the protection, study and exploration of the polar regions, firstly as a teacher and researcher, then as a guide-naturalist. Daphne has been sailing with PONANT since 2015.

Laura was biology teacher in France at a secondary institution before to venture into the polar regions. In Svalbard, she was taken by the polar bug and decided to become a polar guide. After 3 years of professional experience between Svalbard and Northern Norway, she joined PONANT in 2019.