From picturesque islands to authentic cities, a Croatian cruise offers the very best of the Mediterranean. Beautiful skies, lovely beaches, fascinating city centres and Greco-Roman ruins are just a few of the highlights of a trip to the Dalmatian Coast.

All about cruises Croatia & the Adriatic

What are Croatia's must-see destinations? Which activities should you prioritise on a cruise to Croatia? Whether you are looking for urban adventures or an escape to nature, this country has something for everyone. 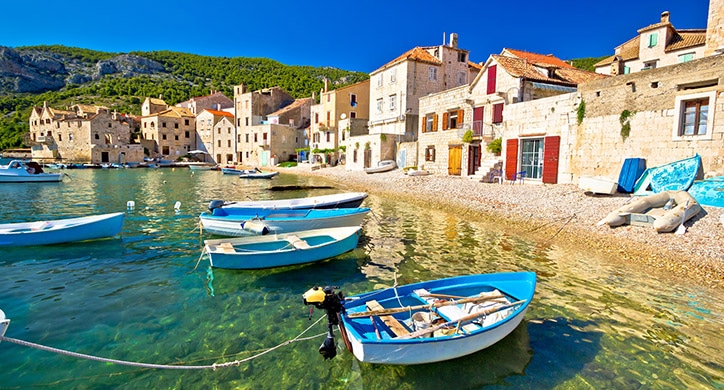 Croatia is known for its beautiful islands, typical Mediterranean coasts, the Walls of Dubrovnik and historic cities like Split. A visit to Croatia is a chance to immerse yourself in a multicultural country with a rich history. Located in the heart of Europe, surprises await around every corner. Here is some useful information before you set sail. 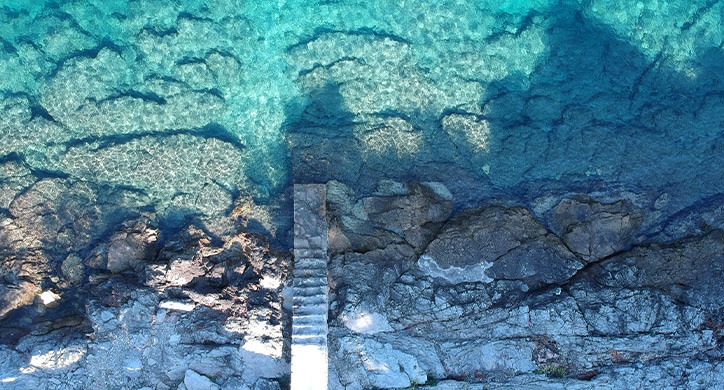 What are Croatia's must-see destinations? Which activities should you prioritise on a cruise to Croatia? Whether you are looking for urban adventures or an escape to nature, this country has something for everyone. 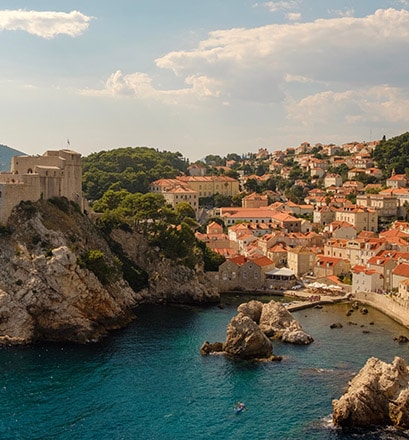 Despite the damage caused by the earthquake of 1667, Dubrovnik is widely recognised as one of the jewels of the Adriatic. The Assumption Cathedral, built on the site of a 12th-century church, symbolises the rebirth of the city after this terrible event. The Dominican and Franciscan monasteries are also well worth a visit; in addition to its iconic cloister, the latter is home to the oldest pharmacy in Europe. Founded in 1317, it is still in operation, offering a range of traditional remedies. 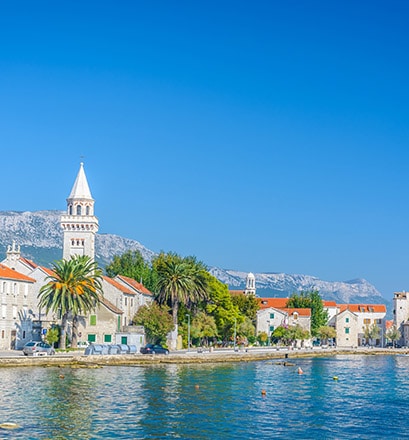 Another quintessential Croatian city, a walk through Split is like a visit to an open-air museum. See the palace of the Roman emperor Diocletian, the Temple of Jupiter, the Golden Gate, and the Cathedral of Saint Domnius, believed to be the oldest in the world. The history of the city is reflected in its monuments and beautiful stone buildings. Split is ideal for discovering on foot, from the streets of the old town down to the docks. There are also many bars and restaurants offering welcome refreshment! 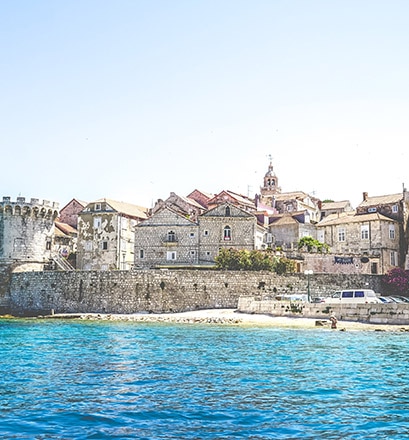 Discover the island of Korčula

Just off the Pelješac peninsula, Korčula is a classic seaside resort. The narrow streets of the historic city centre are crammed with tall houses and buildings to save space. Known as the birthplace of Marco Polo, the celebrated explorer, Korčula is also home to a multitude of peaceful bays and beaches with clear water for swimming. 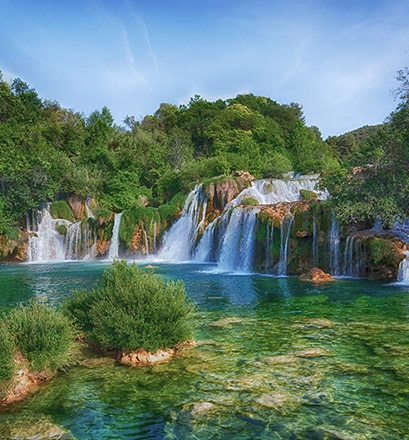 One of the most iconic natural sites in Croatia, Krka National Park encompasses a section of the river that shares its name, Visovačko Jezero Lake and the famous Skradinski Buk Waterfalls. They are part of a series of 17 waterfalls over a total vertical drop of 45 metres. Surrounded by lush vegetation, their refreshing pools are a unique spot for swimming. 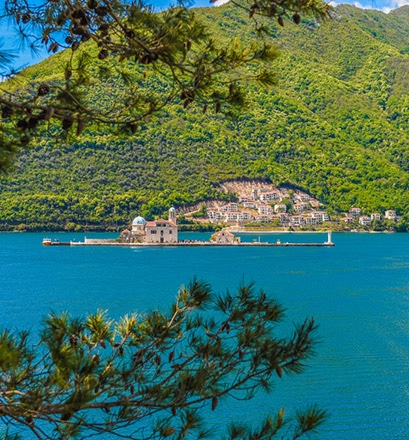 Less than 100 kilometres from Dubrovnik, the town of Kotor in Montenegro has one of the Adriatic Sea's most amazing bays. Kayaking is the perfect way to admire the riches of the area: lush hills that melt into the water, authentic villages bordering deep bays (40-60 metres), fascinating underwater landscapes waiting to be explored... Talk about a change of scenery!

Croatia is known for its beautiful islands, typical Mediterranean coasts, the Walls of Dubrovnik and historic cities like Split. A visit to Croatia is a chance to immerse yourself in a multicultural country with a rich history. Located in the heart of Europe, surprises await around every corner. Here is some useful information before you set sail.

Dos. In cafes and restaurants, it is polite to round up to the nearest ten. For example, if your bill comes out to 98 kunas, leave 100. The establishment will appreciate the gesture.

Don'ts. Croatians do not kiss as a greeting, even if they know one another well. Men and women typically shake hands, and very close friends may hug to say hello.

Mljet National Park is the oldest marine park in the Mediterranean Basin, having earned its protected status in 1960. It is best known for its two salt lakes, Malo Jezero and Veliko Jezero. These lakes are actually two large bays, but their access to the sea is so narrow that they appear to be closed. This stunning location is home to unique flora and stunning vistas, where the verdant vegetation grows right to the edge of the blue water.

Croatian cuisine is extremely diverse. Depending on the region, the dishes on offer may have Ottoman, Austro-Hungarian or Italian influences. You can dig into some goulash in northern Croatia, sample a variety of cold meats in the east and enjoy grilled fish and octopus on the coast, while Istria is home to fresh pasta and börek , small Ottoman puff pastries filled with cheese or meat (also found in Turkey, Armenia and Bosnia-Herzegovina).

In the middle of a narrow street in Korčula lies a wild garden and the remains of a square tower. A plaque explains that Marco Polo was born here, contradicting the Italian story that the celebrated explorer was a native of Venice. As he was born in 1254, before birth certificates existed, this argument is unlikely to be settled any time soon. However, some historians have claimed that there is a Polo family mentioned in the archives for the region... and there are no documents to prove that Marco Polo grew up in Venice.

One company has really been making a name for itself in the contemporary automotive market thanks to its luxurious, futuristic and high-performance electric cars. But did you know that Tesla is named for a famous Croatian, Nikola Tesla (1856–1943)? Best known for his work in the United States, he was a pioneering figure in the field of electrical engineering, responsible for the first AC generating system on Niagara Falls.

Book. The Hired Man , Aminatta Forna. When an English family buys an abandoned house in the small village of Gost, Croatia, in 2007, the locals do not exactly roll out the welcome mat. Only Duro Kolak, a hunter and handyman, is willing to help renovate the house. As the work gets underway, memories are unearthed and the impact of the war is laid bare, from the scars on the landscape to the damaged community.

Music. Much like the local food, traditional Croatian music draws on a variety of influences, including Italian and Balkan. However, Ojkanje polyphonic singing, traditionally performed in two parts, is uniquely Croatian. It was added to the UNESCO Intangible Cultural Heritage List in 2010.

Film. 1991. Two teenagers from neighbouring villages dare to fall in love as Yugoslavia teeters on the brink of violence. 2001. Borders are drawn and war devastates any plans for the future. She is Serbian. He is Croatian. Hatred has destroyed their dream of living in peace. Finally, we meet them again in 2011. Set over the course of three decades, Dalibor Matanic's The High Sun (2016) attempts to exorcise the demons of a fractured society and turn the narrative back to love and hope.

Built just 9 years after the Colosseum in Rome, the Pula Arena is one of the most remarkable and greatest amphitheatres in the history of the Roman Empire. Elliptical in shape, it is 133 metres long and 105 metres wide. Its perfectly preserved structure allows you to admire its three levels of arches and openings, standing over 35 metres tall. This vast venue could hold 24,000 spectators.